The best way to get out of a bad situation is by never getting into one in the first place. I have been fortunate to have avoided some very bad relationships over the years. These have been both personal (crazy girlfriend) as well as professional (bad business partner). In retrospect, there were signs along the way that have helped me walk away before it was too late. Here are the types of people you should avoid like the plague. 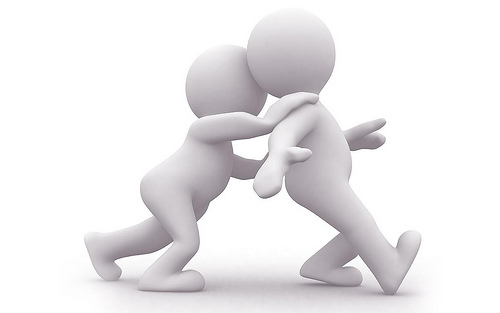 I remember having dinner with a potential business partner. He was trying hard to court me by having dinner at a very expensive restaurant. Our server made a mistake with this man's appetizer. Suddenly, the cordial and fun individual sitting across from me turned into a tyrant, throwing a hissy fit over lettuce instead of spinach. The poor waiter apologized profusely and remedied the situation almost immediately. But that was not enough for the Jerk. He still wanted to complain at length to the manager. At that moment, I knew I wanted nothing to do with the guy. Later on I heard he bankrupted several business. He never delivered on his promises.

She was a lovely girl and very attractive. We went out several times and things seemed to be going well. One day, I found myself worrying about "checking in" several times a day and also feeling guilty every time I talked with another single female. Suddenly I realized that the young lady I was dating had some serious trust issues and no matter how much I tried, her insecurities became a full-time job to manage. I know guys who after decades of marriage, still have to call their wives multiple times a day for no apparent reason than just "check in." Years later, I'm so thankful that the woman I eventually married is secure enough to allow me to travel the world on my on my "International Man of Mystery" pursuit.

Sometimes partnerships are formed where one side brings capital (cash) and another expertize and sweat equity (everything else).Â  Early on my entrepreneurial career I was offered a lot of money for a piece of my young business. The man wanted to be a silent investor and assured me that I could run the day-to-day operations. I knew this potential investor through another relationship, but not very well. As I spent time with him, I realized that he couldn't just be an investor. By seeing how he operated his businesses and his own family, I quickly realized the man needed to know everything about, well, Â everything. While he was successful in making money, his employee turnovers were horrific. People didn't stay long and those who stuck around were miserable.Â  Money is great, but peace of mind is better.

What other types of people should we avoid?