It may surprise you to hear that all the way back in November of 2014, Facebook Page owners uploaded more videos directly to Facebook than they did via sharing from YouTube videos, according to new data from Socialbakers.

We created an Infographic about the rise of video on social media, and one of the stats was that Facebook users now watch more than 4 billion video streams every single day! This is four times what users did just a year ago. Now that’s insane. If you haven’t honed in on it yet, video is the most successful marketing strategy for Facebook. Let’s get into the why.

Native Video is The Secret

If your unfamiliar with native video, it simply means the video was uploaded to Facebook and not an external link to a video on YouTube or another website. According to SmallBizTrends, native Facebook videos reach 2.04 times more people, receive 2.38 times more likes, 2.67 times more shares, and 7.43 times more comments.

With native video you have access to the auto-play feature in your audience’s news feed. This allows you to instantly capture people’s attention by creating something engaging in the first one to three seconds. There also seems to be a higher priority for native video on Facebook over third-party video embeds. All these things combined lead to better engagement and a much larger reach.

Is Video Worth The Cost of Production?

I get it: creating a video can seem expensive. But it doesn’t have to be. You don’t have to have a $4,000 camera, a lighting crew, microphones, and a studio in order to create a great video (though I would never say no to this if it were available). An iPhone 6S Plus shoots 4K, which is extremely high quality video. I bet someone in your office has one of those you can borrow.

You have all heard it before, but the saying still rings true. Content is king. What you are saying and the points you are making is what actually matters, much less than the quality of the video. Focus more on what you want to get across, put someone in front of a window (for good, free lighting) and press the record button.

Once your video is edited and ready for the world to see, directly upload it to your Facebook page and see how it compares to your average post engagement and reach. You will be shocked by the results.

Your first video should be around 30-60 seconds long. This will allow the writing of the script and editing the final video to be a lot shorter process, which will end up saving you tons of time. Time equals money. It will also be easier to keep your viewer’s attention for the entire duration of the video.

Video is doing exactly what photos did in 2007 on Facebook. It is slowly but surely taking over our Facebook Newsfeed for one simple reason. It works. People are engaging with videos more then ever, and the ability to target people that have similar interests in your videos, make it the most successful Facebook marketing strategy out there. 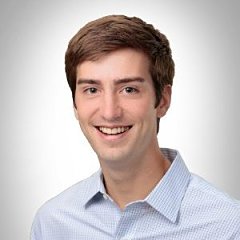