We can distill leadership in two of its basic foundations: positional and influential. Understanding them will dictate and help you successfully navigate through leadership waters.Â  You can be given the position but unless you also have the influence, you are not really a leader. 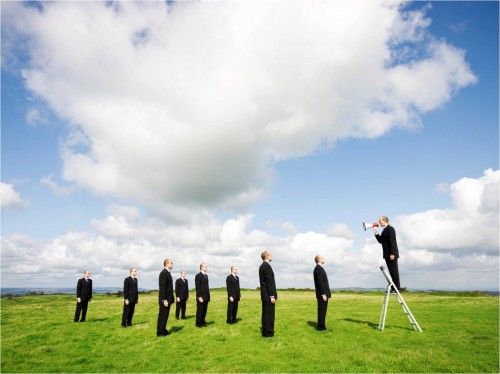 Positional leadership is given, while influential is earned. While they are not mutually exclusive, some never make the connection. It took me a while before I got that lesson, but once I did, I understood the power of influence.

Anyone can get a job managing a person, or a group of people. My first job as a manager was as a part-time music director at a church while going through graduate school. I had to lead a choir, which I was prepared to lead; however, the choir was not the problem, Rosie, the organist, was. I remember my first day on the job when one of the choir members half jokingly said, "all the other choir directors before you are buried behind the gym." While not all of them were, I'm certain at least a couple had to be there. After all Rosie had been there for nearly 30 years and none of them were around. Her organ shoes were older than me.

I quickly realized that while technically I was Rosie's boss, she was going to do whatever she wanted unless I moved from being a positional leader to an influential one. It took me a couple of years of hard work on our relationship and earning her trust, but finally Rosie and I became a team. She trusted me and in the course of a few years, I was the person in charge, even though I was still in my 2o's and Rosie was well into her 60's . As a matter of fact, before I left that job, Rosie retired.

Positional leaders without influence are dictators at worst and poor managers at best. People will "follow" them until they find something else to do. If you're not sure you have influence, ask yourself "would my employee, team take my advice and direction if I were not the boss?"Â  If you cannot answer with a resounding, "yes," chances are you're managing from a positional place and not leading from influence.

Have you ever worked for a positional leader? What happened?